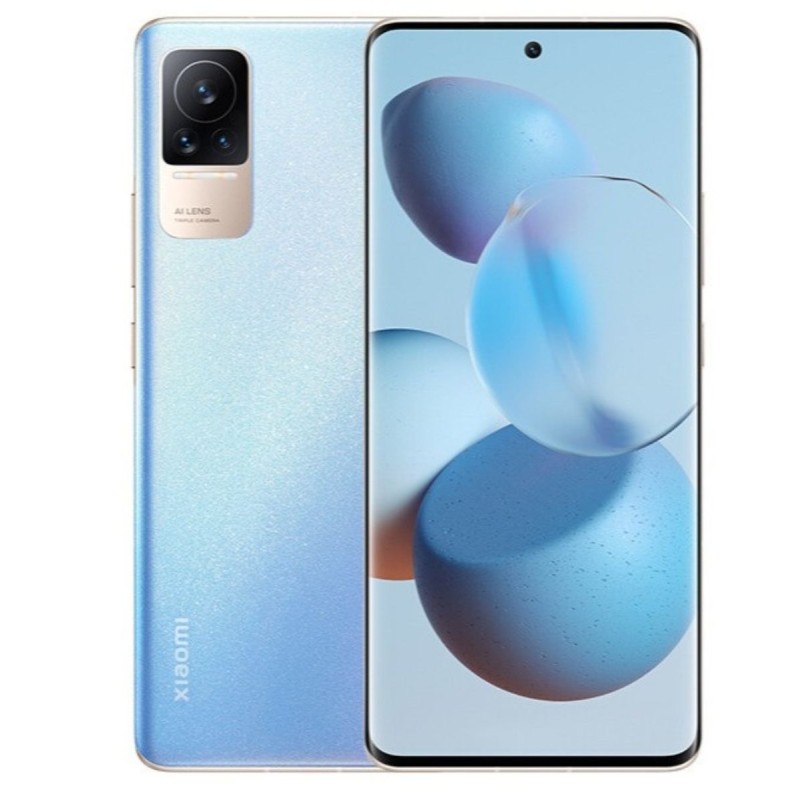 PLEASE NOTE: We are trying to provide most exact delivery time. We assumed payment by the card or automated payment that needs up to 2 weeks to clear out. We also consider regular customs clearance, which should not take more than 1-3 days. In case of extended verification of payment or customs clearance provided dates may extend. Using bank wire payment method, may SPEED UP ORDER accomplishment by up to 2 weeks. Please in case of this payment sent us urging mail – “speed up my order”.

The external features of "Xiaomi CIVI" are the ultra-thin 6.98mm and the back panel made of AG glass, which is said to have a velvety texture. In addition, the middle frame is made of 1.4 mm metal and the width is also suppressed to 71.5 mm, so it is designed to be easy to hold even for women with small hands. The front is equipped with a 32 megapixel camera that uses a dedicated LED light and HD lens that allows you to take selfies anywhere. At the recital, it was particularly appealing that it had a natural and natural facial correction function . This function captures the skin at the pixel level and corrects the details beautifully. Produces a natural and natural portrait. 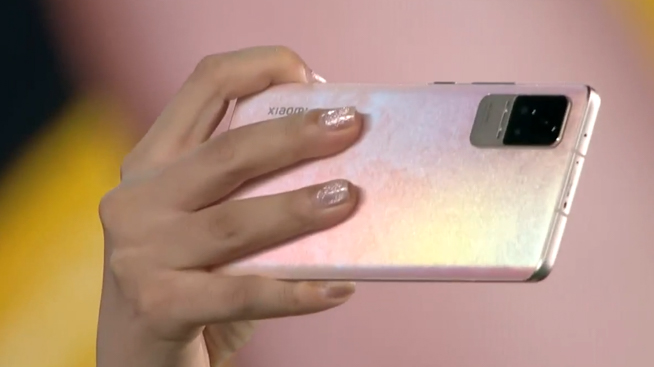 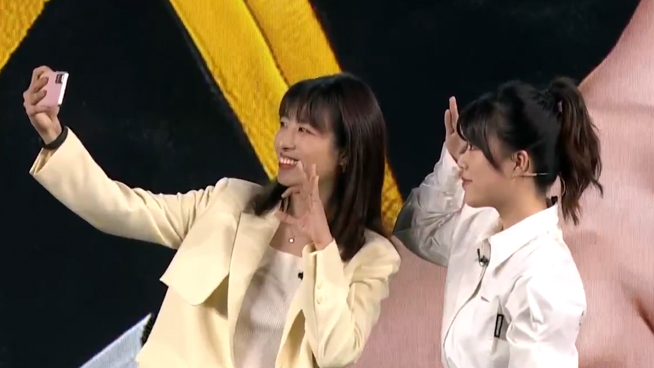 The display is a 6.55 inch organic EL, edge screen. It supports refresh rates of 120Hz, 1.07 billion color display, Dolby Vision, and HDR10 +, and the so-called lower chin width is 2.55mm , which is the smallest in Xiaomi's smartphone history . The battery has a capacity of 4,500mAh and supports 55W quick charging. The charger is not included directly, but you can attach a 55W Gan quick charger for free. Not only is the power consumption efficiency improved, but the battery life is also 25% longer than before. The SoC is equipped with "Qualcomm Snapdragon 778 G". This is a chipset similar to the one installed in "Xiaomi 11 Lite 5G NE", and it has extremely high processing performance as a middle range performance, and each company has recently adopted it in its main products. On the acoustic side, it is equipped with dual speakers that support Dolby Atmos. The back color is blue, pink, and black, and pink has a faint feather-like pattern. 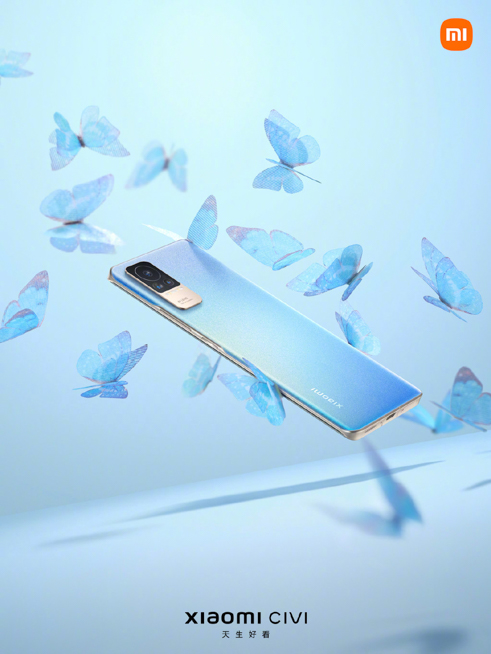 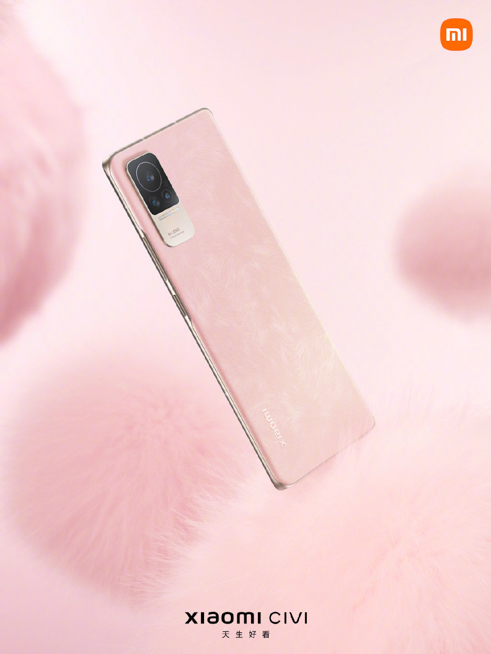 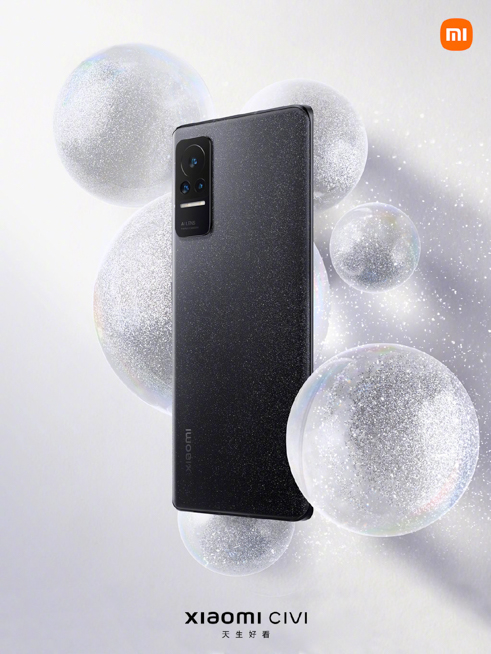 The dimensions of the terminal are 6.98 mm in thickness, 71.5 mm in width, and 166 g in weight, and it has a size and weight that seems to be quite easy to hold because it is targeted at women.

I don't know if it will be released in Japan. "Xiaomi CIVI" is a product targeted at women, such as a selfie function with facial correction and a feeling of size and weight that is easy to hold .

In terms of specifications, there are many similarities to the "Xiaomi 11 Lite 5G NE", but by adopting an edge display, the width is suppressed while having a large screen.

On the other hand, the "Xiaomi CIVI" is equipped with a 100-megapixel camera and a telephoto camera, and was expected to be the successor to the "CC9 (Mi Note 10) series", which was highly evaluated for its camera performance. In this regard, the "Xiaomi CIVI" is a typical middle-range smartphone camera configuration, with no telephoto camera and no hardware at all. As the author, I would like to expect the appearance of a high-end model with camera performance that exceeds the "CC9 (Mi Note 10) series".

Write a review and get voucher for discount 1 $ (Tax Included ) , valid for 180 days

Be the first to write your review !
Subscribe for Price Alert 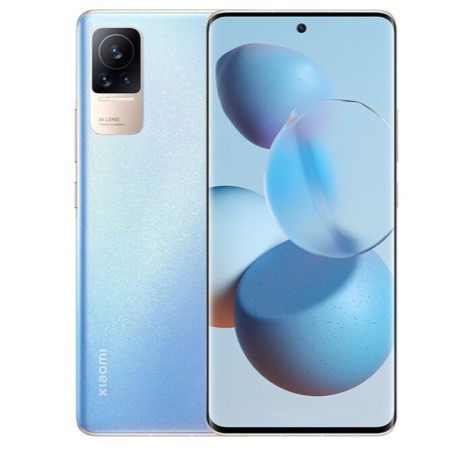